What To Do About Santa?

The big Christmas question. I have been asked many times. Over time I have developed a sort of an answer, but I don't typically tell the whole story behind it.


We "play" Santa. We read the books, and watch the movies, and do "elfy" things. But it is all pretend (or "tend" as Bunny says). Just the same way we play fairies and ponies and whatever else we can come up with for fun. Presents come from loved ones. Papa and I like to play Santa and put gifts under the tree on Christmas Eve night. It is all very fun to play and sneak around with the secrets and the excitement of it all.

We have many reasons for doing things this way. The first and most popular would be because I don't want my children to believe something that is not true. As their parents, it is our job to direct them toward truths and help to weed out confusion and dishonesties. We choose to model honesty to our children. That means no telling lies. Not even white ones. I know that I cannot stand to be lied to. Why then, would I lie to my children whom I love?

Also, I want my children to understand that they are very blessed and not every one has all the lovely things they have. Some children don't have anything, and yet Santa delivers gifts to everyone? Then why are there people in our world who are starving to death? I want my children to desire  to help others rather than expecting them to be automatically taken care of by a man in a red suit.

St. Nick was a great man, who helped poor children to have something special to celebrate the birth of our savior. I cannot help but think that this modern "Santa" is not how he would have chosen to be remembered. He was not a genie in a bottle. He was an example of how to be a servant. It was not magic. It was hard work. And it should be remembered for that.

I hear some people say that they want Christmas to be magical, so that is why they do Santa. But these people did not see the excitement in our house Christmas Eve. The whispered secrets. The packages peeking out from the top shelf of our closet. Bunny running to sneak a peek at the pretty wrapping and wonder what pleasures could await her in the morning. The time with family at Nana's house. The way she had a hard time falling asleep. How she would pop up in bed every few minutes, and ask if it was time to wake up yet. Once she was snug, all tucked into bed, she slept with visions of sugar plums, I am sure. 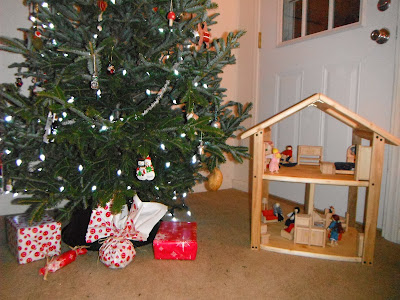 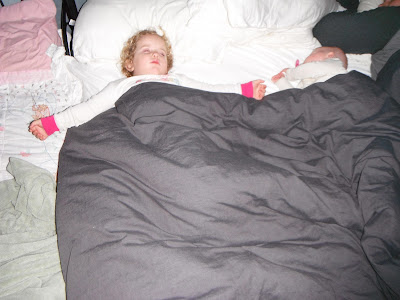 
Bunny woke up Christmas morning and shrieked with excitement. She was a little bit sleepy, but fought it back. Grinning from ear to ear, she dug into her stocking. 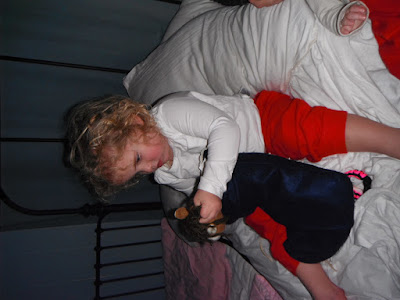 ﻿
Then we made our way to the living room. With her new stuffed horse tucked under her arm, she immediately ran to the doll house that was set up with dolls and furniture for her and her sister to share. "It is not a bird house!" she proclaimed (she had seen Papa working on it and thought that was what is was). 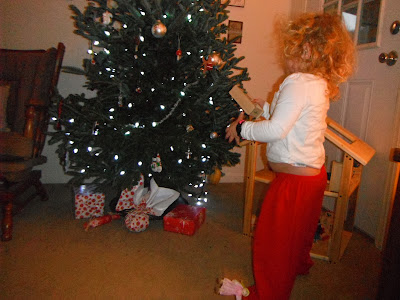 ﻿After a few minutes of checking out the dollhouse house, she made her way to the presents under the tree.
Two for her and two for Squirrely. 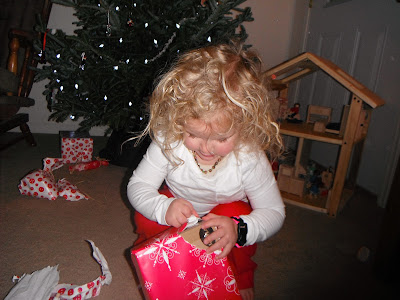 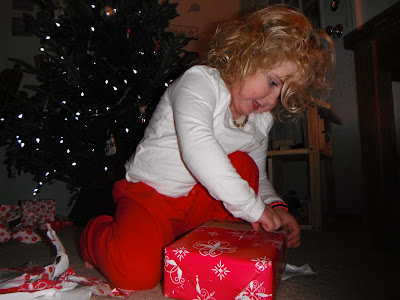 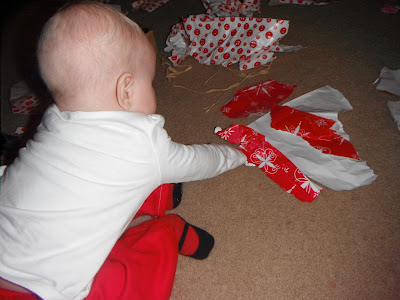 Yum! Wrapping paper!
﻿
Bunny opened all four (since little sister doesn't know how), and drooled over each one.
She thanked us both and went about playing.
﻿ 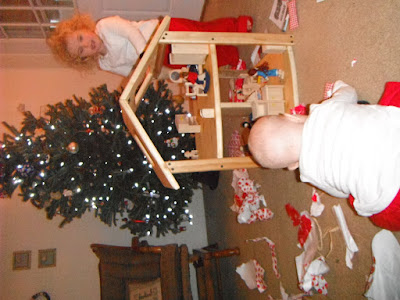 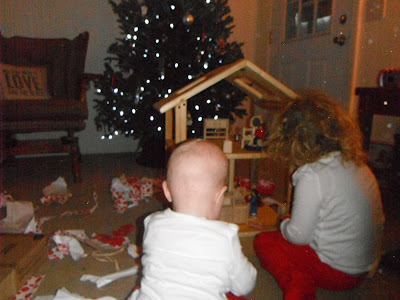 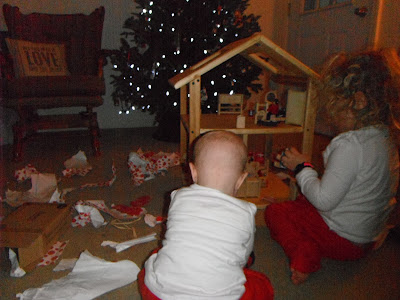 We later made our way over to Mama's for more presents and brunch. Then home for a rest and playing with toys, and back out again for dinner at Grandma's house. Bunny's new toy horse went every where with us. 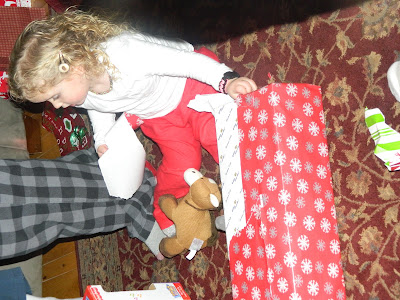 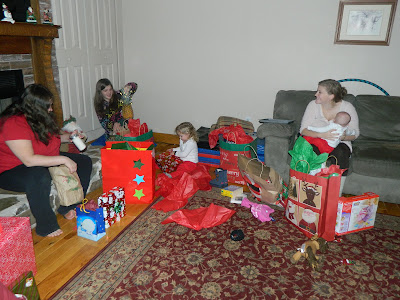 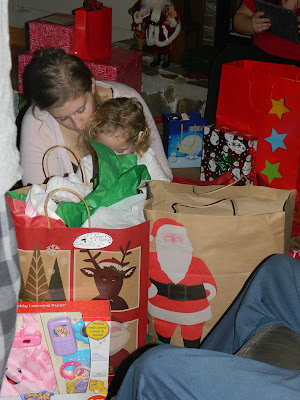 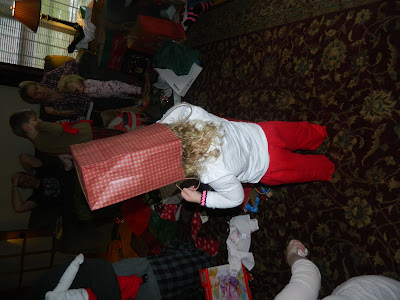 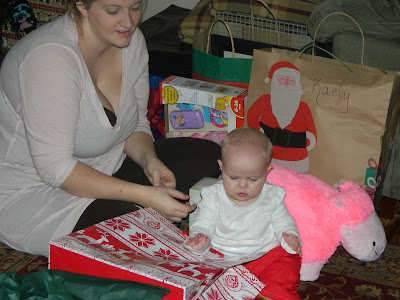 The girls were especially snuggly and lovey with me all day, and slept like rocks that night.
Now that is what I call Christmas magic.